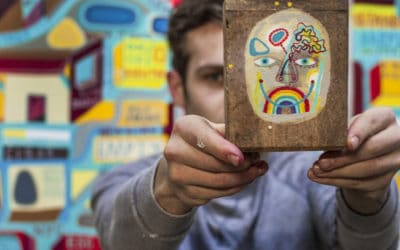 David Shillinglaw is a British painter and muralist, known for his works which explore human nature, success and failure, and language people use in the context of their experiences. Born in Saudi Arabia to British parents on December 12, 1982, David grew up in London. He was interested in art since childhood, as he used to doodle and draw his favourite cartoon characters all the time. Soon he realized that a career in art is the one he needs to pursue, and he started his education at Central Saint Martins in London, eventually graduating from it in 2002.

The page you requested could not be found. Try refining your search, or use the navigation above to locate the post.